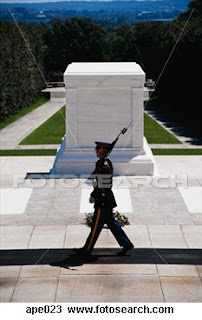 THANKS TO ALL OUR FALLEN HEROES AND THE SACRIFICES THEY AS WELL AS THEIR FAMILIES MADE FOR OUR FREEDOMS!
We are still in Tennessee and many times have not had internet connections.  Hope to catch up with all our blogging friends/comments very soon.  We should be heading back to Georgia tomorrow.  Time to reconnect with those wonderful doctors.
Hope everyone has a wonderful and safe Memorial Day weekend!!!!!
Posted by Happytrails at 11:06 AM 6 comments:

A Trip to The Parthenon…no not that one! 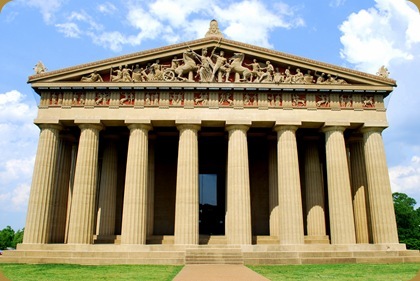 Yesterday we went to Centennial Park in Nashville where we toured the Parthenon. In 1897, Nashville undertook the construction of a full-scale replica of the Parthenon for the Tennessee Centennial and International Exposition. The building was so popular the city decided to leave the temporary building standing. In 1920, it was decided to reconstruct the crumbling building with permanent materials, and to create a complete replica of the original Greek temple, both inside and out…it re-opened to the public in 1931.

Athena, the goddess of wisdom, stands in the same place where the original once did in the ancient temple. 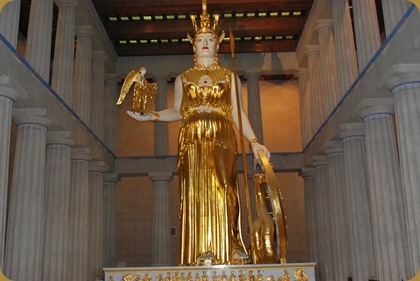 She stands 41’ 10” tall. In Athena’s right hand is Nike, the goddess of victory, preparing to crown Athena.   Nike stands 6’4” himself. 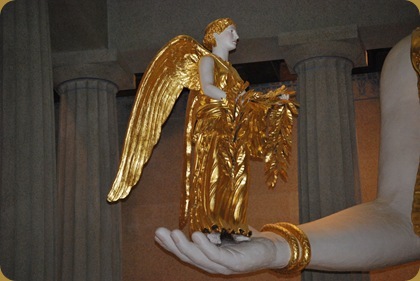 The Athenians believe Athena protected them from annihilation and granted them their victory over the Persian Empire in 480 BC. The shield which is 15’ in diameter portrays the head of Medusa in the middle. 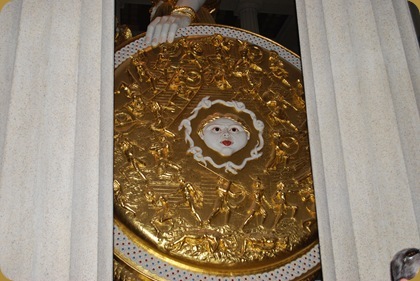 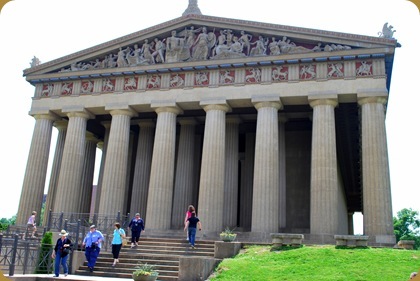 The sculptures on the east Piedmont of the Parthenon depict the mythological birth of Athena. 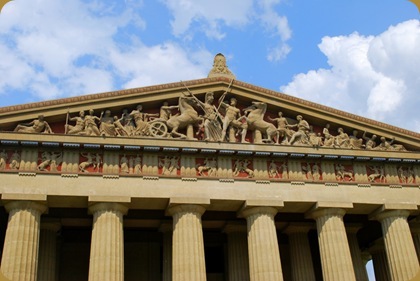 The sculptures on the West Piedmont depict the mythological contest between Athena and her uncle Poseidon to determine who would become the patron of Attica and its capital city. 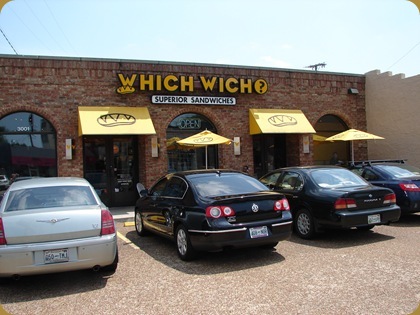 After the visit to the Parthenon, we ate a late lunch at Which Wich. It’s a unique sub shop. The sandwiches are numbered by the type sandwich, and you pick up a bag that matches that number. 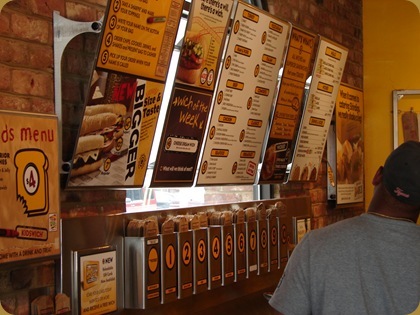 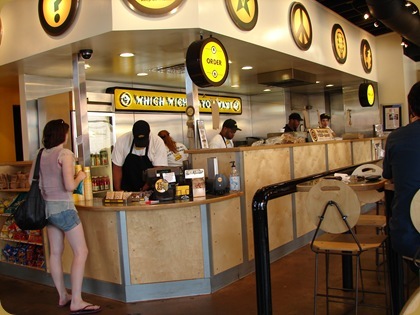 Then you write down on that bag how you want your sandwich done and all the toppings and condiments. You turn in that bag, pay for your meal and they bring the sandwich to you in that itemized bag. It was a neat experience and the sandwich was very good.

We are really enjoying our time in Tennessee.

A Birthday, Triple D Experience, and a Hike

It felt good to get back on the road again after health and personal opportunities have tied us down a bit. Gerri and I took Stephen with us to Nashville to spend a week and see some sights and visit my mom, my brother and his wife Carollyn. 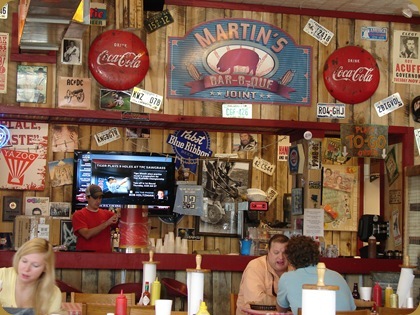 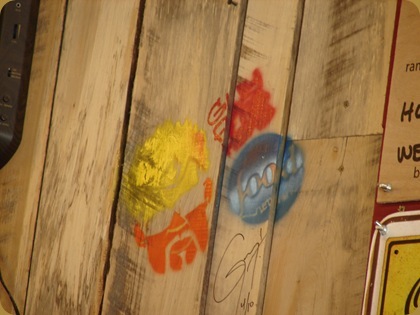 Wednesday was Stephen’s birthday so we took him to the place of his choice for lunch. It was Martins Barbecue Joint…which also happens to be a Diners Drive-Ins and Dives restaurant. It is actually located in Nolensville, Tennessee which is about 8 miles south of Nashville. We each ordered something different so we could share the varieties offered at the restaurant. Stephen got the Red Neck Taco…pulled barbecue on top of a cornbread pancake with slaw and other spices and sauces on it. Gerri ordered the pulled barbecue platter and I had the beef brisket platter. Mom also had the pulled pork platter. Boy did we walk away full! 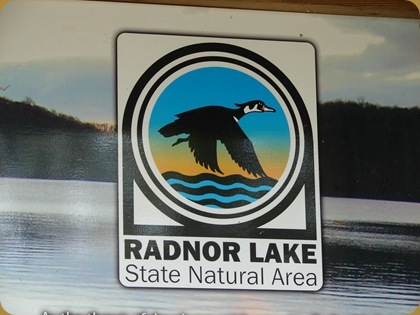 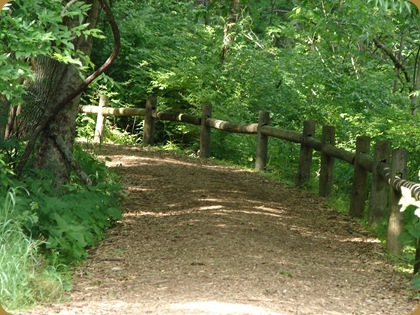 Later that afternoon, Gerri, Stephen and I went to Radnor Lake State Natural Area to walk around the lake on a really neat trail. Radnor Lake is an 85 acre lake surrounded by scenic areas and hiking trails. 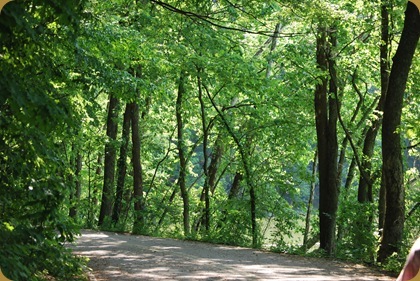 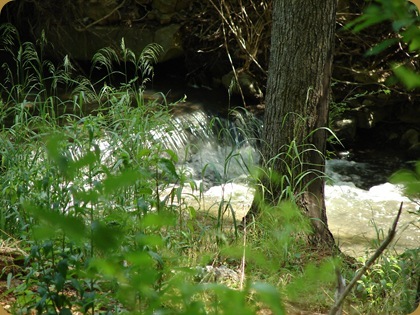 There is a diversity of natural habitats and has some of the highest hills in the Nashville Basin. Several years ago, you could drive around the lake, but it is now closed to be a “natural” area full of hiking trails. Yesterday the weather was great for our hike through the trails and around the lake. It was a great way to walk of lunch and just a grand day! 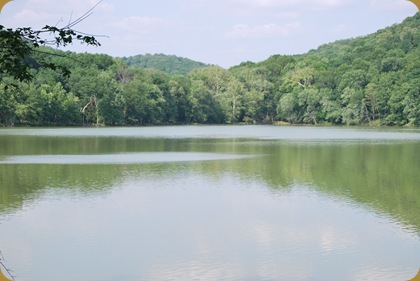 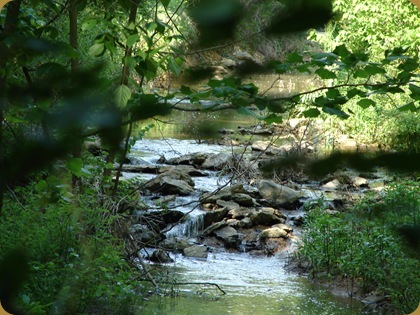 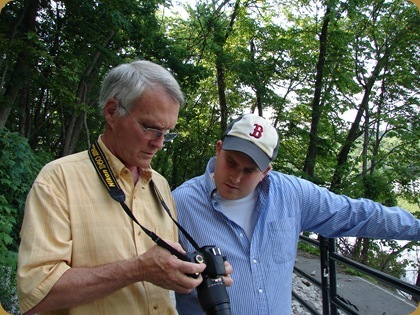 We ended the day with a cake to conclude the birthday celebration. 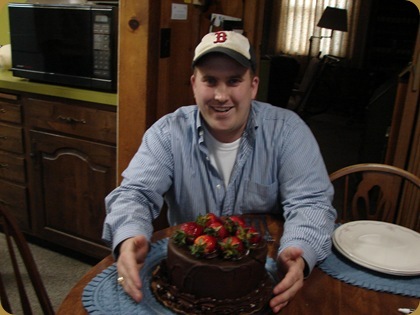 Stephen prefers the decadent cake to the traditional birthday cake, so we got the Chocolate Lovers Delight cake from Publix. Man, was it good, rich and fattening…time for another hike today!

Posted by Happytrails at 1:53 PM 8 comments: