What A Difference A Day Makes

What a difference a day makes or a few days for that matter! Wednesday we knew the huge weather system that was wrecking havoc in the mid section of the country was heading in our direction. We watched the weather channel and it appeared as though the worse part might be north of us. We watched cautiously.

Around 7:00 we began to see just how ominous this system moving toward us really was. We quickly turned on our weather radio, Midland, and made sure we had the necessary items to take with us to our basement. Now our basement is not what you probably envisioned. It has a nice door in the laundry room with stairs leading to the unfinished rather dug out basement that is used strictly for storage….until this particular evening.

We kept watching and listening to the awful damage that was taking place just west of us in Alabama. There appeared to be several large cells pushing east. Several times the tornado sirens went off warning us that a tornado had been spotted and then around 10:00 we saw a huge weather cell heading through LaFayette, Alabama heading directly toward LaGrange. This cell contained more than one tornado. We gathered our “stuff” and the doggies and headed to the basement. Thank goodness we have a few chairs stored there and this area has electricity…..which we miraculously never lost. There we waited for several hours until the worse passed us and the warning was lifted to a watch.

What an awful night!

It wasn’t until Thursday that we were aware of the damage that occurred in south Troup County (LaGrange). We also heard there was damage in parts of Harris County (Pine Mountain, FDR and Callaway area) as well as Manchester and Warm Springs. We aren’t sure to what extent at this time. Of course nothing can hold a candle to the damage and devastation in Tuscaloosa, Birmingham and other areas of Alabama, northern Georgia, Tennessee and some areas of Mississippi. 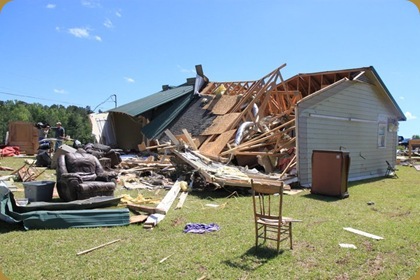 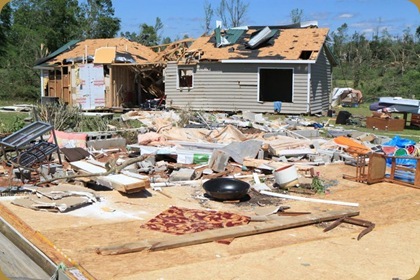 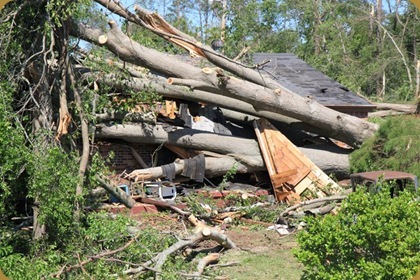 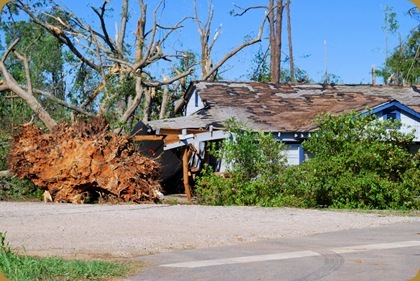 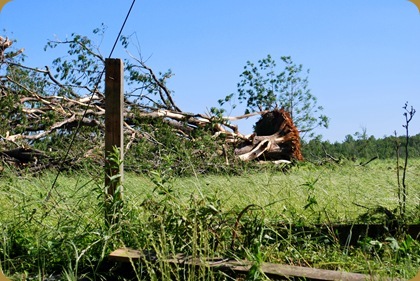 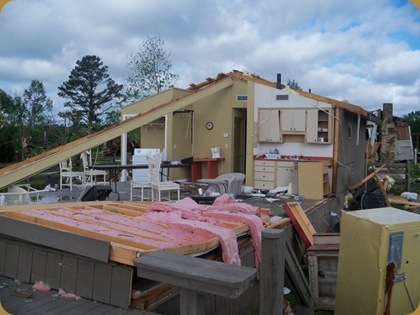 So many lives lost and so many lost everything they owned….such a terrible thing!  Let us remember all those in our thoughts and prayers. 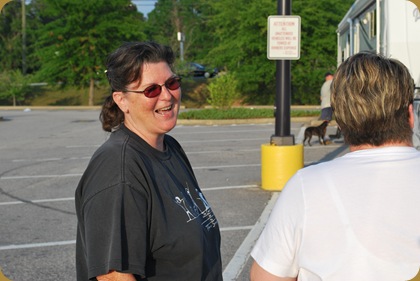 This evening we were blessed with a visit from Randy & Terry. They are on their way to Pennsylvania, and stopped by for dinner and fellowship and boon docked at Walmart. Gerri & I picked them up so they wouldn’t have to unhitch and brought them to our house for dinner and visit time. After we ate we sat and talked about old and new times. We haven’t seen them for a little over a year but with friends like Terri & Randy, it was if it was just yesterday. Before we knew it, we had talked until about 11 pm and they needed to get back to their rig to get some sleep. WOW, it’s sooo nice to have friends like these…thanks Randy & Terry. 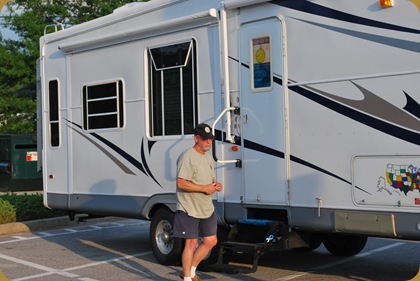 Saying “See You Down the Road” was hard because we really enjoy their friendship and we know it will be several months before we see them again. 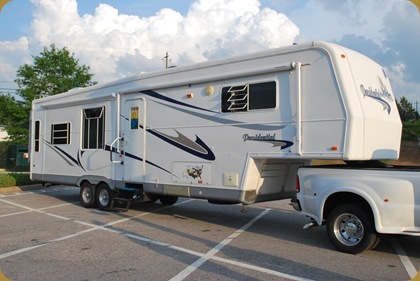 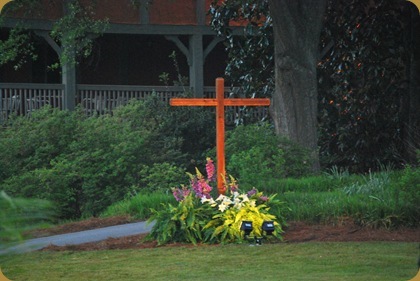 It is Easter Sunday and so we started our day rather early. That sound we haven’t heard in a long time sounded at 5:40 this morning…the alarm on the phone. We were going to the Sunrise Service at Callaway Gardens Resort and it started at a little after 7 am. The service was held on the lawn outside the Gardens Restaurant overlooking Mountain Creek Lake and the par 3 hole on Lakeview Course. 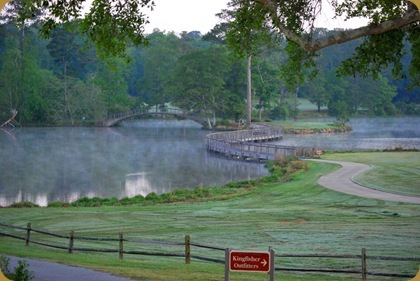 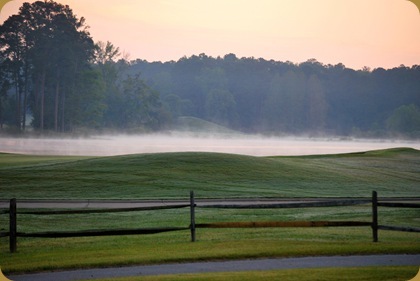 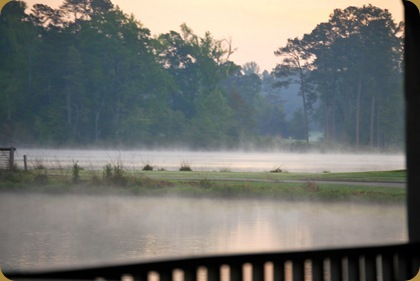 We sang a couple of songs and then the minister brought a refreshing message about the resurrection of our Lord. I cannot begin to express the beauty of the morning and the message given in such a peaceful and nature surrounded area.

After the service, we went to the Waffle House and enjoyed a tasty breakfast together. When we got back home we all flaked out on the patio and fell asleep. The rest of the day we just relaxed and took it easy.

We hope each of you had a great weekend.

Posted by Happytrails at 8:07 PM 9 comments: 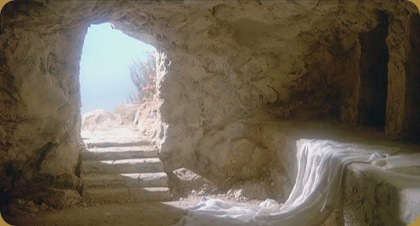 HE IS NOT HERE… HE HAS RISEN ! 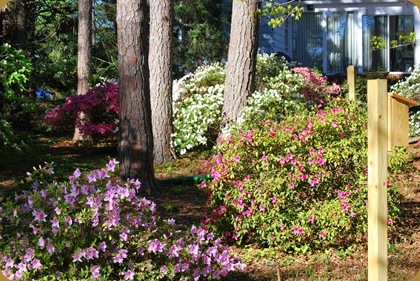 As some of you know, Mike’s brother’s grandson, Hunter Jones was diagnosed with leukemia in August of 2010. Hunter was 6 years old at that time. His type of leukemia (PRE-Ball) was serious and placed him in a lower margin of survival. He began the horrible ritual of tests, chemo and radiation that would eventually lead him to a bone marrow transplant. I can only imagine how painful and scary all those trips to Vanderbilt were to him. 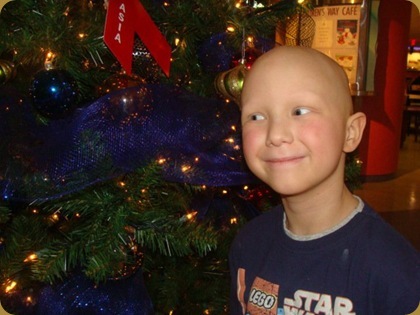 It was discovered that his sister, Ronin, was a perfect match and so he was scheduled for a bone marrow transplant November 23rd. Once the transplant was done there was the 100 days of waiting. Waiting….waiting! We found out recently that Hunter has 100% of his sister’s bone marrow. He is leukemia free!!!! What a blessing.

On March 10th Hunter celebrated his 7th birthday and now looks forward to many many more happy birthdays. He now goes to the hospital every other week and each day he is returning to his “normal” routine as a seven year old. 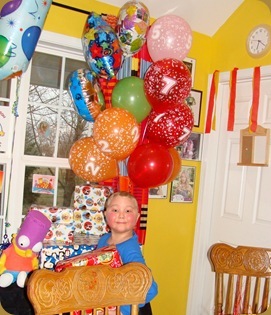 The pic of Hunter is on his birthday and he is still puffed from all the steroids he was given to assist in his recovery.

Thanks to all of you for your concern and prayers during this horrible ordeal. So much for such a young fellow to go through but Hunter has done well and is still smiling and looking forward to a happy childhood.