Just Good to be Here 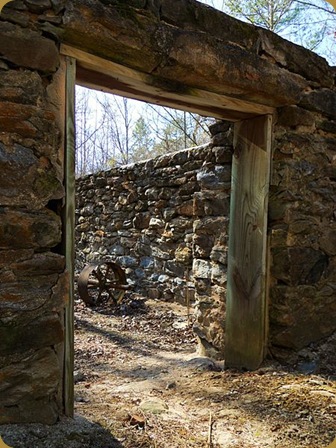 Gerri and I had heard of about an old grist mill in Alabama and decided we wanted to go see it.  It was built near the turn of the 19th century by slaves and in 1976 was added to the National Register of Historic Places  in November 21, 1976.  So I Googled the location and we set out on a day trip adventure.  We drove about 30 miles out in the “country” as the smooth pavement we were on turned into a rough pavement.  A few miles further it turned to gravel.  We started wondering hmmm, where the heck is this taking us.  Soon the gravel turned into a single lane dirt/mud road surrounded on both sides by trees and no trespassing signs..  NOW we were a little concerned…is this the way, did we get lost, and even, how safe is this? 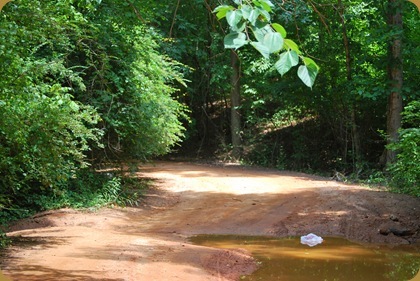 About the time we were thinking of turning around??, a car came up behind us.  I stopped and asked them where the grist mill was and they said just up ahead, so we let them in front of us and we followed.  What the heck am I doing, we are out in the middle of NOWHERE following 2 young guys drinking beer and we don’t know anything about them.

Well, we got there to find the old mill had burned to the ground a few months ago and all was that left was a few rock frames. 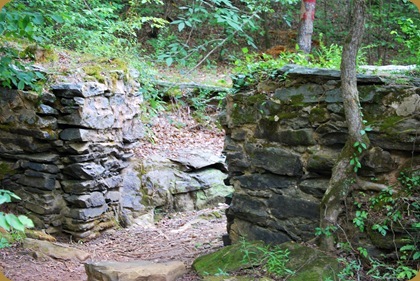 We got out of the car and did some exploring while the 2 young guys got out and jumped into the large creek and went swimming.  After we explored for a while and took some pics of the area, 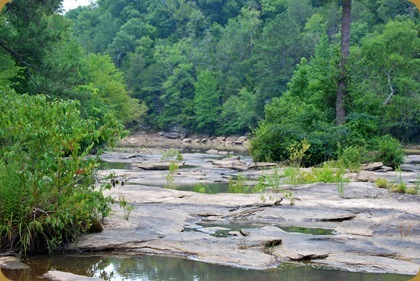 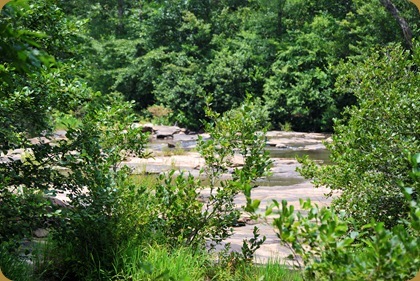 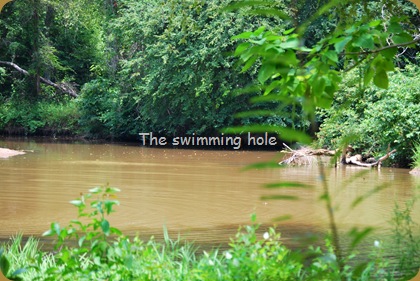 we eased our way to the car and started our way out.  As we were leaving, two truck loads of young guys veered off the mud road to get past us.  Being a friendly sorta fellow, I waved as they passed, but they didn’t seem to appreciate our being there.  I guess there was a swimming party to be had, after all, it is very hot out.

I can honestly say, we were glad to see the paved road again and be back in civilization.  We did enjoy the exploration and seeing the area where the old mill was.  I guess we both had thoughts about the movie “Deliverance”….just no banjo picking.