It's the Little Things

What do you do in a very small mountain town when you have a few days to kill??  You start with a place to stay especially when your home is going to be in the factory.  The good folks at the Oliver factory paid for our stay at the Commodore Hotel. 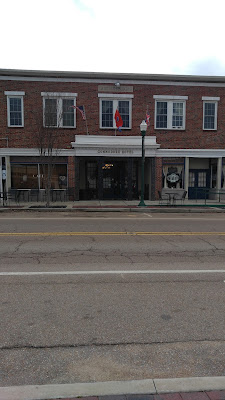 The Commodore is located right downtown in the very quaint town of Linden, Tennessee.  We drove up Tuesday evening and noticed the sidewalks lined with trees covered at the bottom with tiny white lights.  Mike went in to register and when he came out he was smiling.  The lobby was like something from a time capsule. You could close your eyes an imagine Archie Graham from the movie Field of Dreams walking out the door and down the street.  I'll let the pictures paint the story. 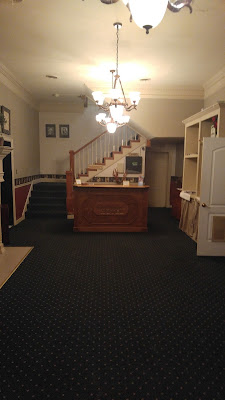 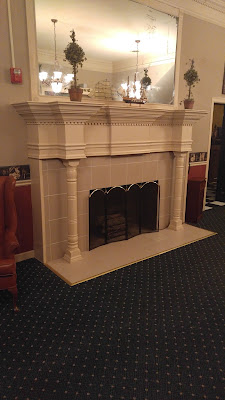 The nice lady at the desk took us outside and to the corner adjacent to the main part of the hotel.  There we found a glass door entrance to a huge foyer that obviously housed the remainder of the Commodore Hotel.  This part had been purchased later and added to the existing hotel.  We opened our beautiful wooden door to a very large room....nicely appointed with a pencil post king bed, beautiful tiled bath and a kitchenette.  We also had a 32 inch TV with Direct TV channels.  Nice!!
The Commodore is a Linden landmark since 1939. 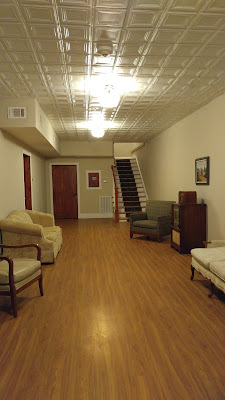 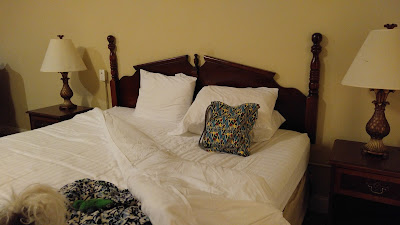 Across the street from the Linden is the Perry County Courthouse which was built in 1928.  The locals say the courthouse is a great meeting spot for all kinds of town activities. 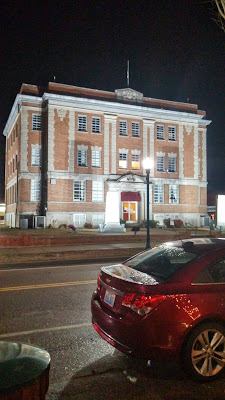 Another day we did a little exploring at a nearby state park, Mousetail Landing.  It got its name during the Civil War period when an area tannery caught fire and the exodus of mice fleeing was so great that the area near the park became known as Mousetail Landing.
This park is located on the Tennessee River.  While we were there we saw this barge going down the river.  This is a nice area but the camping sites didn't impress us much.  A nice day use area though. 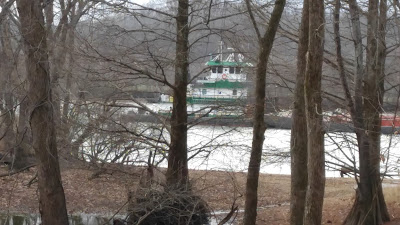 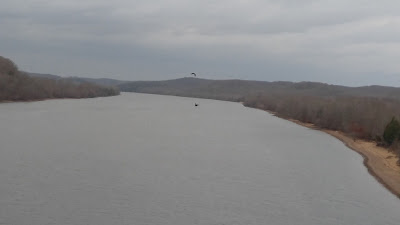 One day we decided to drive over to the small town of Centerville.  Centerville's claim to fame is the birthplace of Minnie Pearl.  Some may ask....who is Minnie Pearl?  She was a country comedian that appeared for 50 plus years at the Grand Ole Opry in Nashville, Tennessee.  She also appeared on the TV show Hee Haw for over 20 years.   Mike is from Nashville, Tennessee and just so happens his father actually knew Minnie Pearl.  She bought furniture from Pop for several years and I remember Pop saying what a fine lady she was. 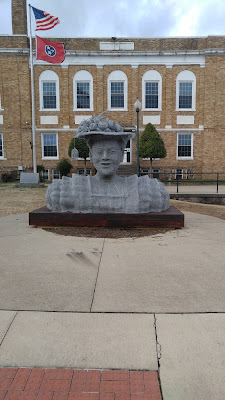 So we excitedly set off  to see her birthplace . The only problem was we were a little late.  The old homestead burned down just a few years ago.  Not  wanting to waste a day we decided to eat lunch at a place called The Fish Camp.   Obviously known by the locals for their home raised catfish.  You can see their pond in the picture.  We opted for the BBQ which is also one of their specialties.  Unfortunately we had to picnic in the car because we were traveling with our furbaby, Nick, our little Shih Tzu.  The food was good and with our bellies full we made our way back home. 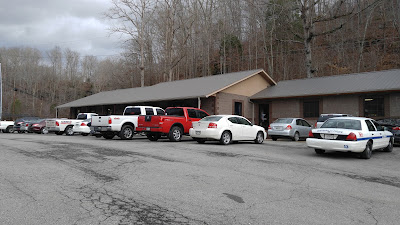 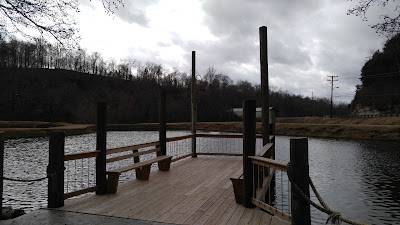 So how do you entertain yourself in a small mountain town in Tennessee?  You explore areas of this awesome country that you would not normally know about or see.  These places are just as much of what makes up our country as the big name places we all hear about.  It's all a part of the adventure!!!

Posted by Happytrails at 9:30 PM