The Rains Stopped, the Sun Came Out and So Did We

We have had a few days of rain and been unable to get out and hike more of the trails here at Chewacla but today the weather cleared and was overcast to partly sunny so we decided to do some exploring.  We began not really knowing where we would end up but that was okay. We decided to head down to the lake and see where that would take us from there.  You could tell there had been a lot of rain because the lake was full and brown in color but very calm.
We could see a couple people out across the lake fishing and hoping they were having luck, so we decided to take the trail around the lake. 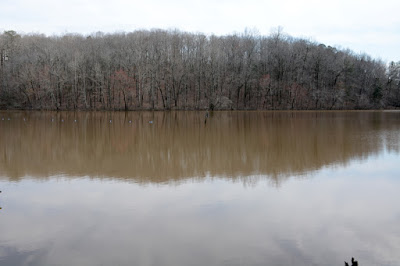 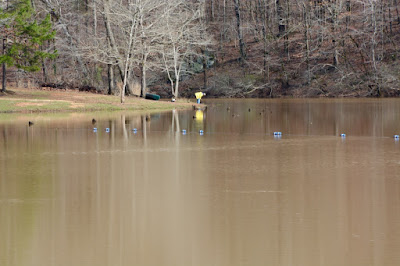 As we walked, there were a few john boats on the shore lines below the cabins that the back end of the boat was full of water from all the rains. 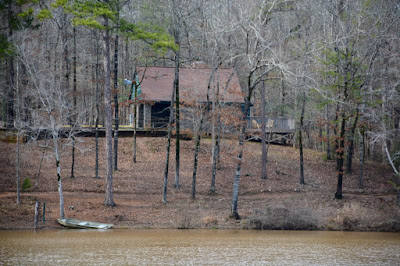 Luckily they were pulled far enough up on the shore line as to not being in danger of slipping into the water.  As we rounded the back side of the lake we saw a CCC hiking trail that led away from the lake so we decided to follow that path.  As we walked through the woods, we ventured out into an open area and a field in front of us and up on the hill to the left was a pavilion in the park. 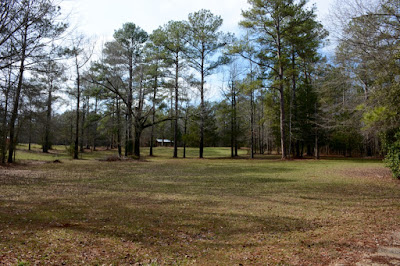 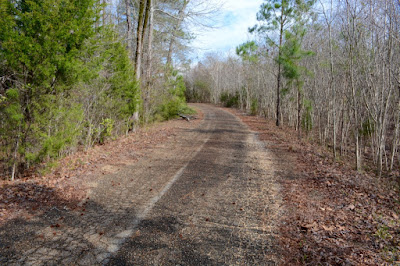 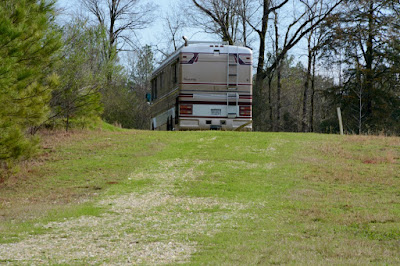 That open area put us on an old unused paved road, so we followed it.  As we walked down that road and started up a hill, we noticed another open area with several rv’s parked and realized they were being stored there.  Wow, it is amazing what you may see as you explore virgin territory.  We continued up the hill on the road and Gerri noticed a few large hawks flying above us so I snapped a few pics, but did not have my large zoom lens with me. 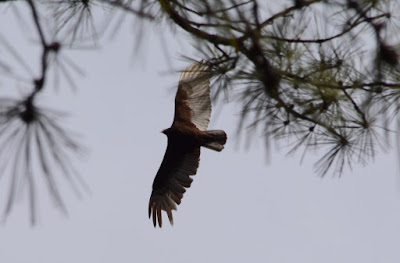 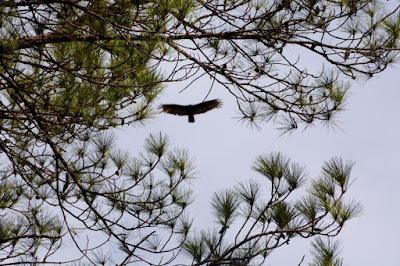 Soon they flew into unreachable areas, so we continued up the hill.  As we made it to the top of the hill, we could hear massive waters going over the waterfall down below, so that is where we headed.  Sure enough, we had made a long about hike to the waterfalls. 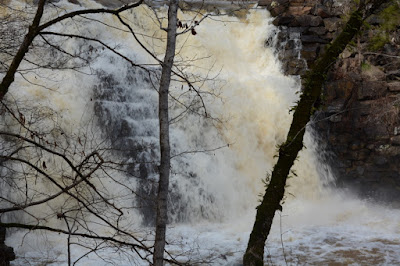 After we enjoyed the rushing of the water at the waterfall, we decided to take the trail around the lake to make our way back to our rv since it was clouding up again.  When we got home we sat out for a bit and as we got up, we knew we had made a good hiking trek today as we were sort of tired but it was a good tired.  It was a great day and we enjoyed the exploring. 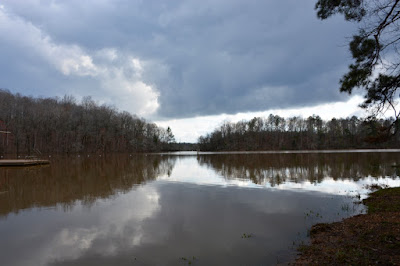