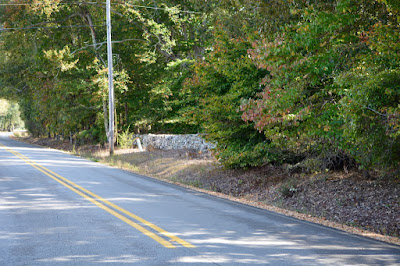 After visiting the Wichahpi Stone Wall, we made our way to an area called Rock Springs.   Rock Springs is about a 20 minute walk along the Colbert Creek.  Here you have to walk on stone stepping blocks in the creek in order to get to the other side.  I was a little hesitant on the first step but once I realized they were sturdy everything was good.  We crossed over to the other side and immediately saw a fairly large beaver dam.  I know I have lived a sheltered life because Mike couldn't believe I had never seen a real beaver dam before!!  I just wish the little beavers had shown up to say hi!!  This is a nicely marked path with signage along the way telling about native birds in the area, the beaver dam and the effects of such a dam and native plants we might see along the way.  We did see my favorite, the hummingbird!!   There was even a bench to sit and watch for the wildlife or take a rest. 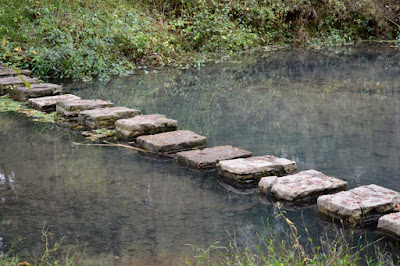 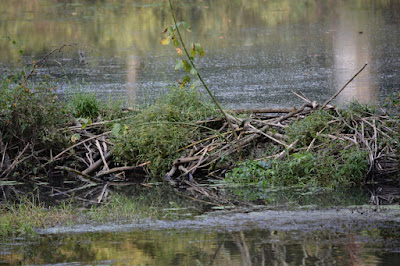 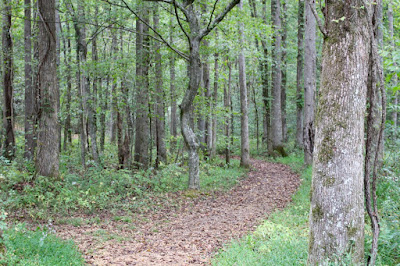 After visiting Wichahpi and then this very nice and serene hike along Colbert Creek, we decided to call it a day and make our way back to the campground.

There were lots of other things we could have seen and toured in the area but we were only going to be here two days and one thing high on my list to see was the birthplace of Helen Keller.  It is located in Tuscumbia, Alabama.

We drove up to a beautiful home situated on a lovely yard and garden!!  Helen Keller was actually born in the cottage next door to this main house.  The main home was built in 1820 and originally sat on 640 acres.  There were enormous amounts of ivy growing in and around the house and cottage and thus the home became known as Ivy Green. 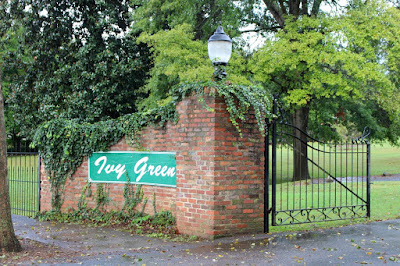 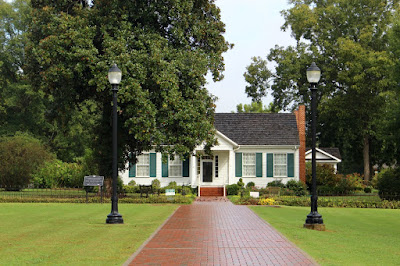 The famous well pump is located between the cottage and the main house.  Anne Sullivan who became Helen's teacher tried to teach Helen the word water by slowly pumping cool water over her hand and spelling the word  w-a-t-e-r  in alphabet code  Suddenly Helen got it and by the end of the day Helen had learned 30 words.  An incredible achievement for what was actually a wild child!! The grounds at Ivy Green consist of buildings surrounded by 150 year old English boxwood, magnolia trees, mimosa and other trees.  One called the "moon tree" because the seeds that it grew from actually went to the moon.  There are lots of manicured ivy, roses, honeysuckle and smilax.  The grounds are just beautiful. 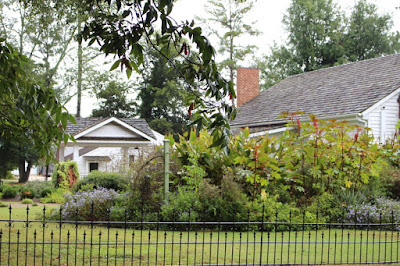 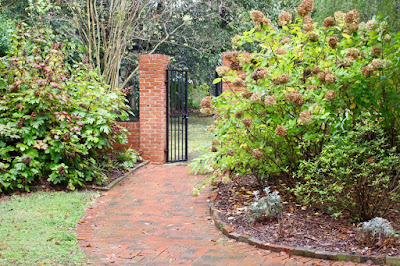 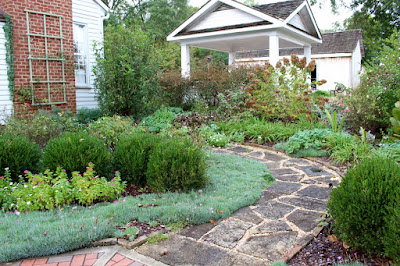 Helen Keller grew to be a most incredible woman!!  She spent her life trying to improve  the conditions of the blind and deafblind around the world.  Her teacher, Anne Sullivan is remembered as "The Miracle Worker."   Together they became known around the world.

Helen Keller passed away June 1,1968 at the age of 87.  She is buried with her two teachers, Anne Sullivan and Polly Thomson at The Washington Cathedral.

Tomorrow we will begin our travels back to Auburn and our "home" base at Chewacla State Park.  We will work on getting the tag for our truck and a few other things along with visiting our son before heading to Rainbow Plantation, an Escapees Park in Summerdale, Alabama!!  It's been awhile since we have been there so we look forward to returning and enjoying the many places we fell in love with several years ago.  We are feeling excited!!
Posted by Happytrails at 11:39 PM