We left our "home" base in Auburn Alabama Thursday morning!!  Our destination was Rainbow Plantation an Escapees Park located in Summerdale Alabama.  We stayed here the winter of 2010 during our first full-time adventure.  We loved this area and Rainbow Plantation!!  We met some of the most wonderful people that winter and many remain very close friends to us even now!!
You do meet the most amazing people in this lifestyle!!  Probably one of the BEST perks of full-timing!! 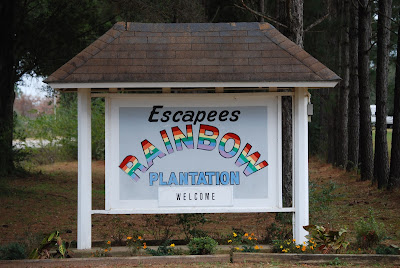 That's when all the fun began....NOT!!!!!   We got up Friday morning just as usual.  Mike took our little Shih Tzu, Nick, out for his bathroom break, came back in and we ate a lite breakfast....I remembered we were going to Big Daddy's Grill for lunch!!  I had plans to disturb my doctor terribly and have fried shrimp!!  I LOVE fried shrimp and I practically never eat anything fried anymore!!  A splurge...why not????   After breakfast I was about to take my shower and Mike was going to go back outside when he discovered he couldn't unlock the door!! 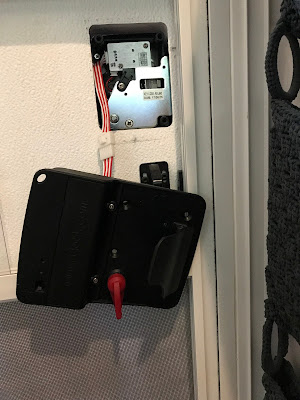 Mike called RV Lock, the manufacturer of this keyless entry lock, and talked with a lock tech.  He suggested several things which included my taking the back side of the lock off and disconnecting the wires....nothing!!  He instructed Mike to do a few things on the outside....nothing!!  He then suggested we call an RV Technician, wasn't he a technician??  So we contacted a local RV tech to come to the Oliver and remove this lock!!   While waiting on the RV tech to come Mike called Oliver and talked with a service manager there and did a few things he suggested...nothing!!  He did assure us that Oliver would help us and stand behind ANYTHING that had to be done!!  This is a great company!!
The RV tech came and worked 2 hours on our door and lock....nothing!!  He and Mike crawled in and out of the egress window several times....what did I tell you??   The tech pulled, twisted, and hammered trying to get the lock to come off!  It was jammed on the left side ( looking from outside) and wouldn't let go!!  He even thought taking the door off might at least free the prisoners inside!!  We called Oliver to discuss if that would be a good idea and they quickly said probably not.  This is a solidly built trailer and taking the door off is a huge undertaking especially if you don't know what you are doing!!  They said much damage could be done including damaging the fiberglass!!  So what do we do??  Break the lock off anyway you can!!  And he did....he broke the lock off and the door was damaged!!!  The side of the door was bent, the area where the lock was was bent and broken.  The door was gone!!  No real door, no lock....what to do??
Oliver suggested we come to them asap and they would do whatever was necessary to help us.  They offered to put us up in a very nice hotel, The Commodore, in Linden Tennessee until we could be safely back in the Oliver.  We suggested that if possible we would like to stay in the Oliver....we full-time, its our home!!  So they said we could pull the Oliver into the showroom at the sales office for the weekend.  The sales office has a waiting room, and four sales offices.  Toward the back is the large open showroom.  This is where they pull Olivers for the PDI!!  There is a garage door you back the Oliver through and there you are in a huge open room/garage type area!! 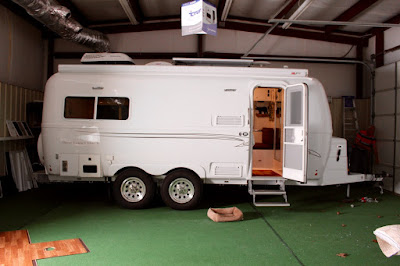 We left Rainbow at 2:15 Friday (central time) and headed for Hohenwald Tennessee!  We had originally thought we could drive the entire distance getting into Hohenwald around midnight!  The Oliver representative said they had someone on standby ready to let us in no matter how late it was.  We got to the north side of Birmingham and we both, doggie and all, decided we had enough!!  Now to find a campground on a Friday night during fall, a heavy camping season.  We called a few and the closest we could get was Joe Wheeler State Park and they were willing to wait for us!!  As we kept traveling I knew we couldn't make it.  Mike has had a stroke (ischemic optic neuropathy) in the back of his left eye that has caused him to be nearly blind in the left eye!!  Night driving is something we both avoid if at all possible!!!  I could drive and would have but we were both very tired.  About that time our son called and he too was worried about driving late and tired.  In a few minutes he text me back and said he had found this campground in Cullman Alabama and the lady was very very nice!!  They lived right on property and would be willing to check us in at any time!!  Cullman...we can make that!!!! 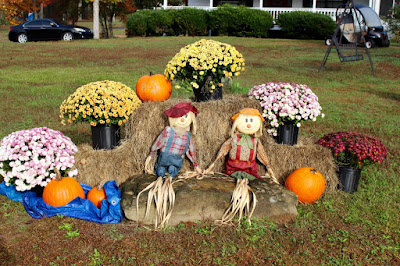 We arrived at Cullman Campground around 10:00.  We didn't even unhitch.  We pulled into our site, which was right next to the office and across the street from the owners home!!  We bungied our door closed for the night and got some rest!! 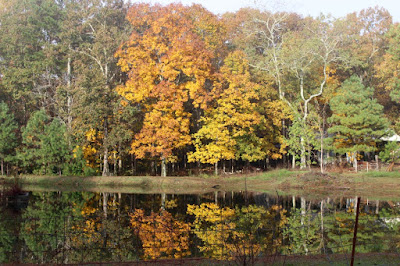 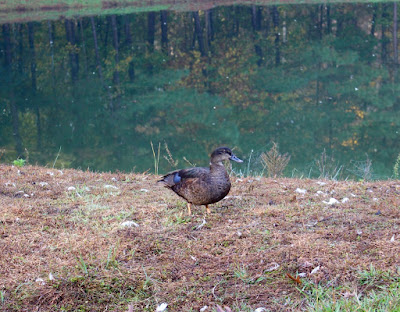 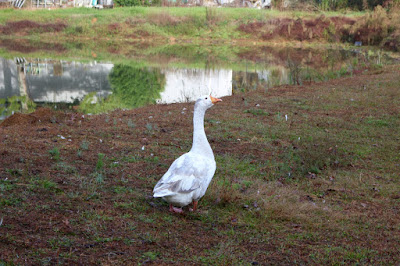 When we woke up Saturday morning we saw a delightful campground!!  We couldn't see much Friday night and were really too tired to care.  We walked down to a beautiful pond where we saw this beautiful white goose and a black mallard enjoying the morning.  We saw beautiful trees in full fall color!! 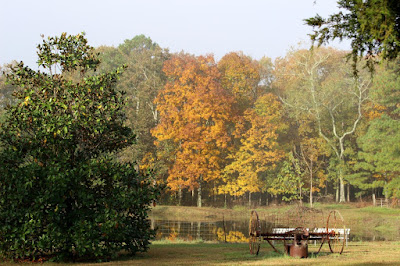 I can't tell you how upset we both have been!!  We had a wonderful couple weeks planned in the gulf area and had been looking forward to being there.  It was then, looking at this beautiful nature, that I realized that God is in control.  It might have been our plan to be in the gulf area but it was His plan for us to see this gorgeous fall beauty!!  Even in something unforeseen (like the lock issue), He can bring beauty to the moment!!  That is exactly what He did this morning on our drive to Hohenwald.  This wasn't our plan but I think God can bring beauty to every situation if we allow Him to.
It could have all been much worse.  We could have both been locked out and unable to operate the egress window.  We were able to find a wonderful safe campground to rest in...even though we couldn't lock our door.  We managed to travel 435 miles with our door bungied closed and never had a problem with it.  We are now safely tucked in our spot in the showroom at Oliver for the weekend with a key to the sales office to come and go as we need to.  All offered freely by a wonderful company that cares about their customers!!  I couldn't recommend them enough!!!  They build an awesome trailer and stand by their product.  Can't ask for better!!!
We will enjoy our time here in this beautiful mountain area and marvel at all the beauty around us!!  Thank you, Lord!! 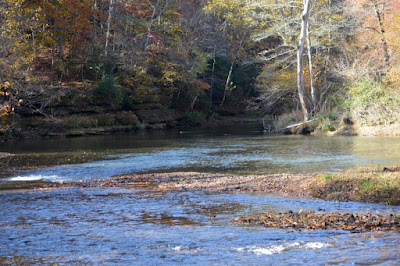 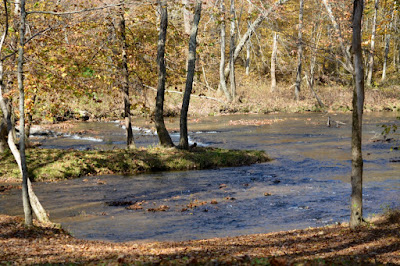 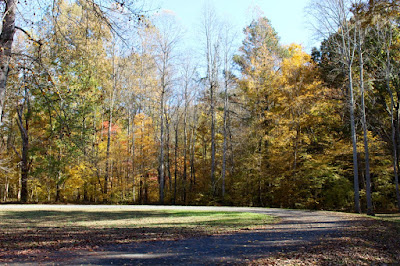 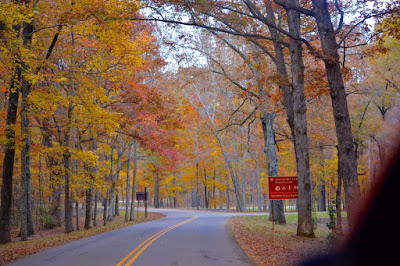 And we know that all things work together for good for those who love God, to those who are called according to His purpose.
Romans 8:28
Posted by Happytrails at 12:10 AM