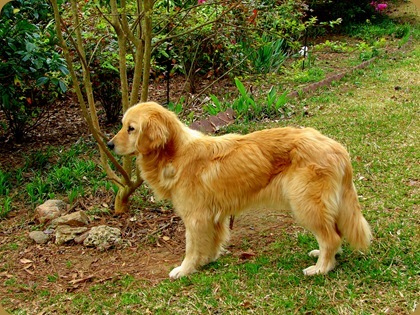 Sue (Big Dawg and Freeway) was writing in her blog the other day about all the Tuckers that have made their appearances on the blogs lately.  It seems there are now three Tuckers.   Two of those Tuckers happen to be Golden Retrievers.  All pets are special and all have certain qualities that make them who they are.  Goldens are no exception.  They are people pleasers all their lives. 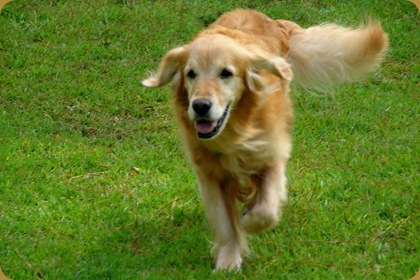 Our Cody came to be a part of our family some 12 years ago.  In dog years that makes him pretty elderly.  Does he know he’s elderly??  Nope!!  His little heart and mind will forever remain a young Golden. 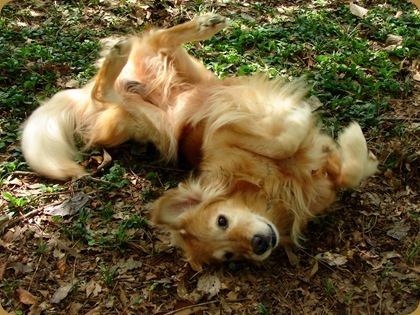 He didn’t always live inside.  He once owned a huge backyard with his lovely mate….Jessie.  They were inseparable and where you saw one you saw the other.  Jessie loved to fetch anything and Cody loved to stand and look at you like “now why did you go and throw that?”  They remained together until Jessie passed away.  He laid beside her body all night and refused to leave her even after we buried her in the backyard.  He loved her completely and totally.  That is the love of a Golden.  He loves us the same way. 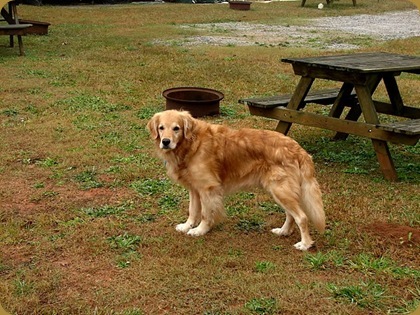 He came to live inside when we moved into the motor home to full-time.  Mike and I were both a little concerned.  He had never been housebroken, what would he do??  Well, I’m happy to say he did GREAT!!  His desire to please was so strong that he quickly learned that during his walks on the leash were the times he did his business.  He loves to walk with Mike on the leash.  He begins to smile and shake his big body whenever its time for a walk.  He loves to walk!!  He does not love to swim…nope!  Unlike Sue and Doug’s Tucker and Sam and Donna’s Riggs, he would rather walk along the edge of the water and splash a bit but no swimming.  Perhaps this is due in part from a lack of exposure when he was younger but remember, he’s not much on retrieving either!!  His love and devotion to his family is heartwarming and we love him in return.

Age is taking its toll on our Golden Boy! 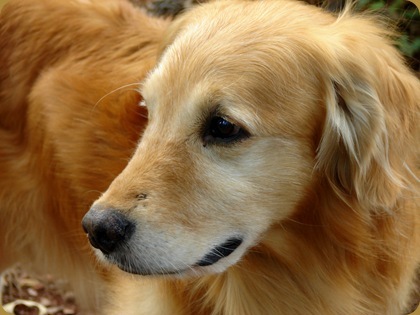 His muzzle is now growing whiter and his hearing is failing.  He has to be looking at you for him to know what you want him to do.  We have to make sure we are with him wherever he goes….even in the backyard.   At night he still sleeps beside our bed….there is no room on the bed because our other loves are there, Casey and Nick, our Shih Tzus. 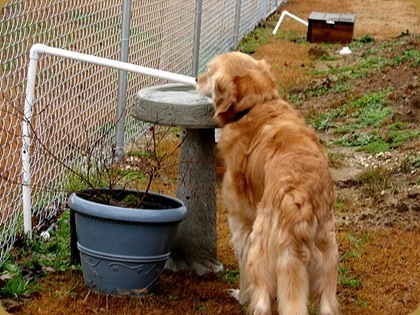 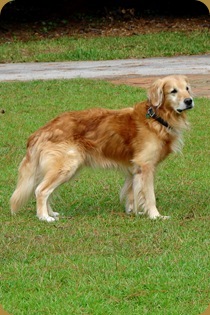 Posted by Happytrails at 9:32 PM