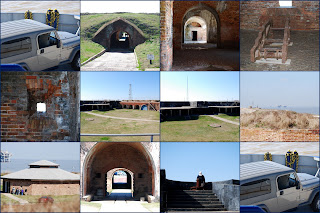 Tuesday we decided to tour Fort Morgan. Oh my gosh how we love history and we had the pleasure of sharing the experience with our son who also shares a true love of history, especially Civil War history. Fort Morgan is located at the entrance of Mobile Bay. The Fort played a major roll in keeping the Port of Mobile open during the Civil War. Fort Morgan along with a small group of Confederate warships prevented the Union from blockading Mobile until the Fort fell in August 1864. The Fort was never truly used after the Civil War and was deactivated for the last time in 1946 and turned over to the State of Alabama. It was at the Battle of Mobile Bay that the famous statement “damn the torpedoes, full speed ahead” was coined by Admiral Farragut. At this point in the battle the remaining vessels maneuvered past the Fort, through minefields and into Mobile Bay. 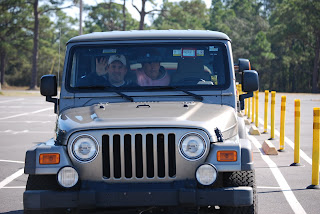 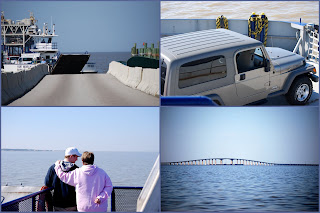 From here we decided to ride the Fort Morgan Ferry across the bay and into Dauphin Island. You can make this a round trip or just one way. We decided to ride only one way because we had originally intended to tour the USS Alabama in Mobile. Mike had rode on a ferry once many years ago, but Stephen and I have never been on one before today. We managed to be the first car in line so we drove up on the ferry and parked. We then got out and rode the entire way on the observation deck. Boy was that fun!!! It was a perfect day with plenty of sunshine and the temperatures were the warmest it has been in a while. We totally enjoyed being out on the water. We didn’t spend a lot of time on Dauphin Island but we did drive around Fort Gaines. Fort Gaines surrendered quickly without a fight during the Battle of Mobile leaving Fort Morgan to defend the bay alone.

At this point we were plenty hungry. Stephen googled for a restaurant in Mobile that might be famous or unique. We just didn’t want to eat at a chain type restaurant. He found one called Dew Drop Inn. Although no longer owned by the original founder, George L. Widney, it claims to be almost unchanged through the years. Its claim to fame is its hot dogs, cheeseburgers and home made onion rings and chili. 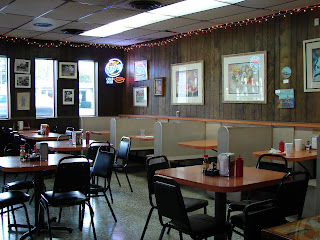 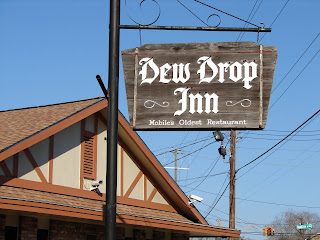 Mobile native, Jimmy Buffett, is suppose to have eaten at this restaurant many times and claims it has the best cheeseburgers in the country. In fact, the cheeseburgers here inspired his “cheeseburger in paradise” song. By the time we finished eating it was 4:00 and we decided it was a little late to tour the USS Alabama. That would have to be another day.

On our way home, which took us across the bridge on I-10, we decided to show Stephen a little of the quaint town of Fairhope. We drove through town and down to the pier at Fairhope where we walked out on the pier and managed to view the most beautiful sunset. 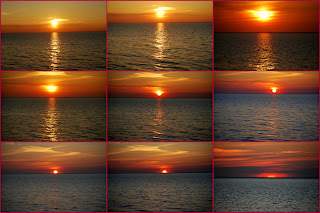 It was spectacular!! As we were leaving we stopped in town to walk through the French Quarter area. We located one of the next food stops on our agenda…..Panini Pete’s. This is one of the restaurants visited by Guy Fieri on his TV show Dinners, Drive-Ins and Dives. If we have any room left we also wouldn’t mind checking out Guys Gumbo which is another of Guy Fieri’s stops in his Triple D show. Oh my…..do I see a diet in the near future???

This was a most wonderful day spent together as a family touring and learning more about this great country and its history. Life is good.
Posted by Happytrails at 10:05 PM