Today Gerri & I decided to do some geo-caching, so we looked up a couple caches and put the coordinates in our E-Trek hand held personal navigator. There are several reasons we enjoy geo-caching. First, we usually try and find caches that relate to local history in the area we are camping; secondly, usually they are in some very beautiful areas, and thirdly, we get out and do some walking where the caches are. So for us, it is a win –win situation. 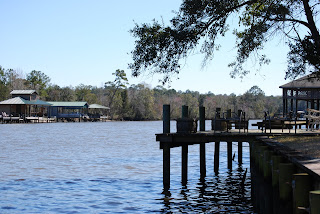 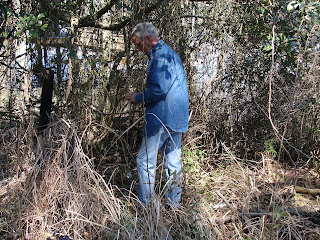 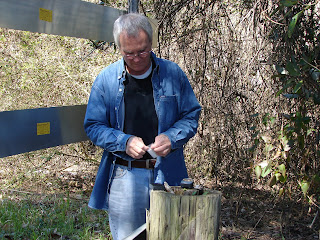 Our first cache was at a site called Raid on Smith’s Mill. Back in the 1860’s there was a mill in Baldwin County called Smith’s & Dannellys Mill. It was swampy, sandy river land full of long - leaf pines. James Smith supplied timber for the Confederate barracks and fortifications and ship building for the Navy activities. His property also had a steam engine on it and he never owned any slaves. The mill was in operation until the last part of the summer when the Federals learned of his work and support of the Confederates. On September 11, 1864, a mixed force of union sailors and soldiers came after them and the mill never operated again.
The other cache was a place at Memorial Park in Silverhill, Alabama and the cache is called The Hill. It seems before the 1890’s a turpentine still was operating just east of what is presently called Silverhill. Logging companies were clearing a lot of the forests of Baldwin County and built a railroad through the county. The still was at one of the railroad junctions. A man named Mr. Lowell operated the still and bought / sold all things in silver coins. In fact, when his workers walked up the hill to get paid, he paid them in silver coins. Later when Swedish settlers started arriving, they wanted to name their settlement “Svea’, but too many people had come to know the area as Silverhill thus the naming of the community Silverhill. 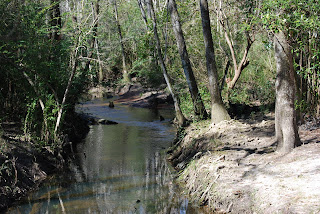 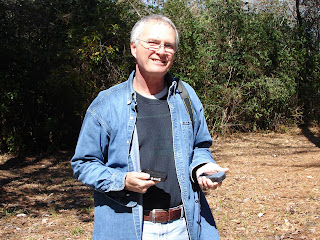 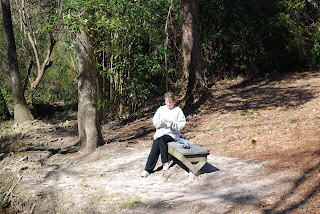 So as the day ended up, we found both caches, learned some local history and saw some beautiful sites, and got a good bit of fresh air and sunshine. What more could you ask? I think we will do a lot more geocaching.
Posted by Happytrails at 11:38 PM